theaussieword.com goes one on one with Melbourne singer, songwriter and indie pop folk artist Brad Ellis from The Hunter Express!
Give us an introduction. How did it all begin? What had you first interested in music? My interest in music began at a pretty early age. I remember I would listen intently to what my folks were playing on the radio in the car, it was mostly old school Beatles, Abba, Eagles and Creedence. I knew all their songs. My love for guitar began when my Dad took me to the music shop for my birthday and said I could choose an instrument to buy. I remember I actually wanted a saxophone, but they were way too much. So, instead, Dad bought me a Casino (Strat shape) black and white electric guitar and a 20watt amp. I think I played it almost everyday until Mum started going crazy. The fascination for music then led through high school, where I was a part of different bands, then after high school I enrolled in an Advanced Diploma of music and started a band called Jackson Road. During that time studying I developed a deep appreciation and understanding of music and what it meant to me.
What motivates or influences you in your quest to make great music? A motivation for me is seeing and listening to other musicians creating tunes. I try and get out as much as possible and hear other musicians play. It gives me energy and determination to keep writing. I would love to think one day I’ll be writing great tunes, my music influences at the moment are, artists like Courtney Barnett, The Milk Carton Kids and Eric Bibb.
What are your biggest goals you hope to accomplish as an artist? I hope to play at a big festival like, Splendour in the grass or Falls. Another goal would be to release an album and tour it. 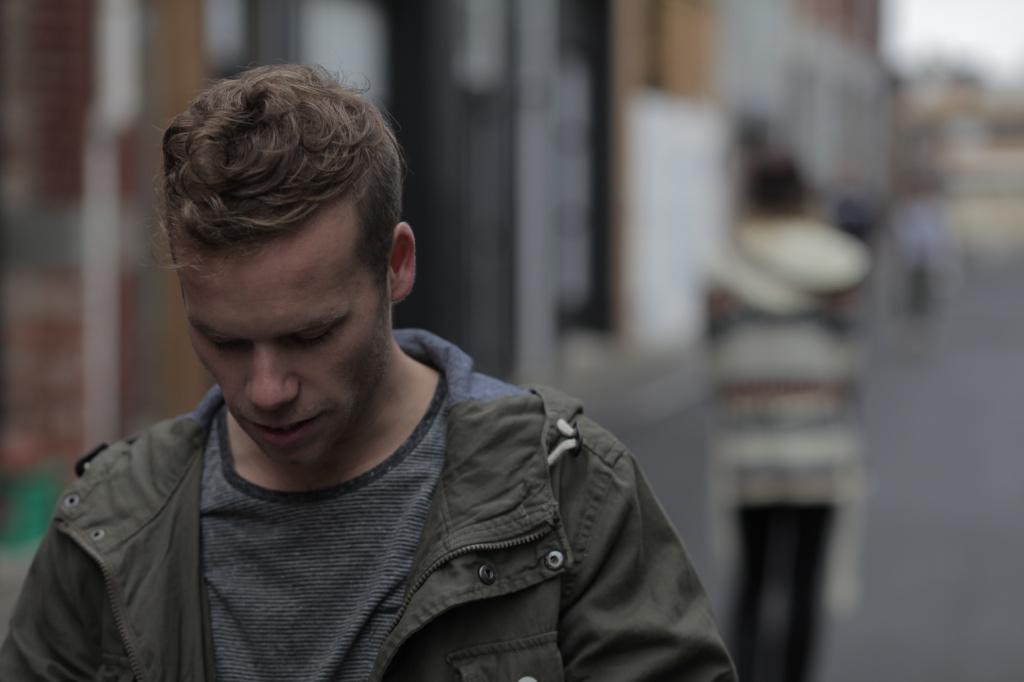 What can we expect from you in the coming months? Any plans to tour? October 29th I am heading into the studio to start working on an E.P – which I will hopefully release before the end of this year. We are also looking at one more clip to go with one of the tracks on the EP. I’ll also be busy gigging around Melbourne as the calendar at the moment is already getting pretty full.
Tell us a bit about your latest album and how would you best describe your music? So far I have released two singles, “Wishing you were next to me” and “Caught up in your love”. Both tracks have helped launch “the Hunter Express” music and has given me a platform to start getting my music out there. I guess you would describe my music as, indie pop. It is very acoustic driven with melodies that are easy to sing and layered with enjoyable harmonies. I have a few tracks on the up and coming E.P that are blues based and can’t wait to share with people.

Success, what is the secret to it? I think it’s about never giving up on what you believe in. It’s also late nights and early mornings!… Well for me anyway.
What has been your biggest career highlight? A few weeks ago I got to play at the Royal Exhitibtion Building for the Wild Collective Event. That was definitely a cool experience and an amazing space to perform.
Which stars of the music industry do you find inspiring? I love the Beatles, Bob Dylan, The Everley Brothers, Ed Sheeran and Passenger.
Any new projects in the pipeline? About to record first EP for the Hunter Express. Also story boarding for new video music clip.

The music industry is huge, where do you see yourself a few years from now? I would like to be established in the music scene in Melbourne. Performing with well known artists as well as up and coming. I aim to release a another E.P and tour the East Coast of Australia.
Name a few of your favourite Aussie artists. As mentioned before, Courtney Barrnett. E^ST is freaking rad at the moment! Fraser A Gorman and Timberwolf.
The shape of the music industry has changed significantly over the years, including the use of social media, how do you feel about the industry as a whole and what does it mean to you in getting your records out into the public eye? Social media is such a power tool for musicians. I think it’s where I get the majority of my gigs, media, fans and listening platform from. At the same time, it’s really hard, because there’s so many other musicians doing the same thing. However, I think that social media has seemed to make it easier these days to launch your own thing, rather then waiting on a label to get you started.
Thanks for the interview! What final message do you have for us today? Thanks so much for reading about my music and hope you take some time to listen to my songs 🙂
Website: www.thehunterexpress.com
Facebook: www.facebook.com/thehunterexpress
Twitter: @bradellis86
Instagram: @thehunterexpress
SOUND CLOUD: https://soundcloud.com/thehunterexpress
Triple J Unearthed: https://www.triplejunearthed.com/artist/hunter-express