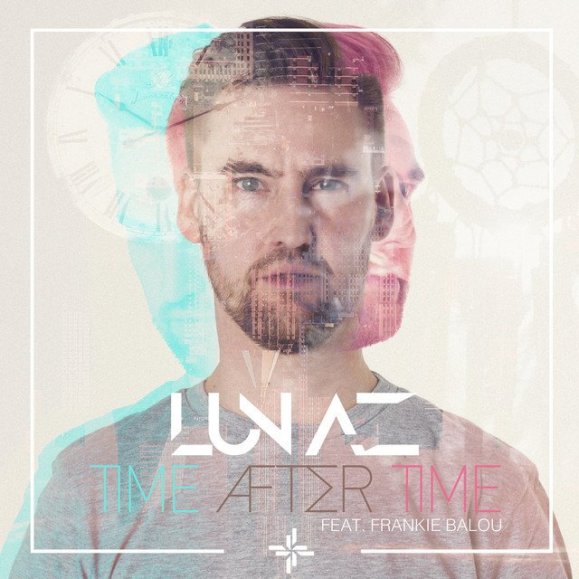 German based DJ, Producer and Songwriter LUNAZ teams up with the gorgeous Frankie Balou for a amping and stunning rendition of 80’s Cyndi Lauper track Time After Time – check this out!

Brian Peel caught up with LUNAZ for a special radio interview and an Australian first, the premiere of their brand new single Time After Time on Melbourne’s 98.9 North West FM’s #MorningShow989 – look for the podcast!

END_OF_DOCUMENT_TOKEN_TO_BE_REPLACED

It’s not too long until we’ll all be glued to our TV screens, willing all the Aussie athletes to go for gold at the summer Olympics in Rio. For the whole of August, from the opening ceremony on 5th August through to the closing ceremony on 21st August, the TV schedules will be packed with sport.

At the Games of the XXXI Olympiad (aka Rio 2016), we’ll have some strong medal contenders in swimming – with the Campbell sisters, Mitch Larkin and Cameron McEvoy. In rowing, Kim Crow is preparing for her third Olympic games, and will want to improve on her success in London 2012, when she brought home a silver and bronze in the double and single sculls. Meanwhile, Jason Day is one of the favourites to win gold in the golf in Rio. This will be the first year that golf is included in the Olympics since the 1904 Olympics in St Louis. Although it’s probably still a little early to get a bet on your favourite Olympic hopefuls just yet, you can keep up to speed on all sports bet news for both Aussie and international sports at bet365.

If you’re not feeling in the Olympics ‘zone’ for Rio just yet, one way to do so is to watch movies that have an Olympic theme to them. Two movies that have been recently released give two completely different takes on the spirit of the Olympics. One is a biopic of the life of the great Jesse Owens – released in February this year – while the other is a tongue-in-cheek comedy called The Bronze, which had its world premiere at the Sundance Film Festival in January last year and will go on release in March 2016.

The Olympiastadion in Berlin, where Jesse Owens took part in the 1936 Olympics

The story of Jesse Owens is one that has been told in film in the past in The Jesse Owens Story (1984) where the story begins with Owens being accused of tax evasion in the 1960s. As the court-appointed investigator looks into Owens’ back story, the story of Owens’ life full of adversity and triumph is revealed.

In Race, the 2016 retelling of the Jesse Owens’ story, we again see the athlete’s story – and his trials and tribulations on and off the race track. The film was directed by Stephen Hopkins and stars Stephan James as Owen. Jason Sudeikis plays Larry Synder, the Ohio State University coach who acted as Owens’ mentor during his university years and went with him to Berlin, while Jeremy Irons plays Avery Brundage, the man who convinced the Olympic Committee to allow the American team to travel to the Germany Olympics in 1936.

Written by husband and wife team, Joe Shrapnel and Anna Waterhouse, the screenplay covers the Big Ten Championships in Ann Arbor, Michigan, in 1935, when Owens set three world records and equalled a fourth. It also covers his agonising over whether to be involved in the 1936 Olympics and how he was lobbied by both sides before his eventual triumph. But there’s also a look into Owens’ personal life. He had a complicated relationship with his wife and was father to three daughters.

In a completely different approach, The Bronze is a fictional comedy that is all about a former bronze gymnastics medallist who has become used to being the biggest celebrity in her home town in Ohio. Melissa Rauch, from the Big Bang Theory, plays Hope Ann Gregory, who has been living on her bronze medal achievement for a lot longer than she should have been. She’s a big fish in a small pond and, because of her celebrity, gets away with being vile to almost everyone around her.

But when the film begins, not only is her fame wearing thin but then a new teenage gymnast prodigy, 16-year-old Maggie (Haley Lu Richardson) starts to gain the townsfolk’s attention. When Hope’s old coach, Coach P, dies, his death brings the two female gymnasts together. The deceased coach has written Hope a letter, promising her $500,000 if she coaches Maggie to train for the upcoming games in Toronto. Even though she wants the cash, Hope is so bitter at the thought of Maggie doing well that she does all she can to prevent Maggie succeeding, including putting her on an extra fat diet.

Into the mix comes Hope’s ex-boyfriend – a former gold and silver medal gymnast hunk – who takes over Maggie’s training for the Toronto games. The Bronze is a comedy that’s full of pretty crude jokes, with many of the funny lines delivered in the high squeaky tones Rauch made famous on the Big Bang Theory. It’s a film full of cheap laughs and vulgar jokes. If you want to watch a film that puts you in an Olympic frame of mind, you’re probably not going to get that feeling with The Bronze. Race is probably the pony to bet on for that feel-good Olympic feeling in the build-up to this summer’s sporting extravaganza!