theaussieword.com goes one on one with Summer Heart in a special blog interview.
What can you tell our readers about you? How and where did it all begin?
I don’t know if it ever really began. It has just happened over a long period of time. But I guess Summer Heart really started out back in 2009. In 2011 my friend Poule d’Or (pouledor.com) published one of my tracks on his blog, and since then things have happened one after the other. I am super happy for that.

What had you first interested in music?
I have always been interested in music. Both my parents are musicians so music has always been a big part of my life. They’ve always supported me doing this. Thanks mom and dad!
Who motivates or influences your quest to make great music?
I don’t know really. I just have to make music. It is such a big part of who I am. I would feel lost otherwise. When time really flies when writing a song or recording I know I onto something good.
Do you have any planned tours coming up?
A European tour is being planned as we speak. Not sure when it will take place yet though. Later on I hopefully will be able to make to North America as well. 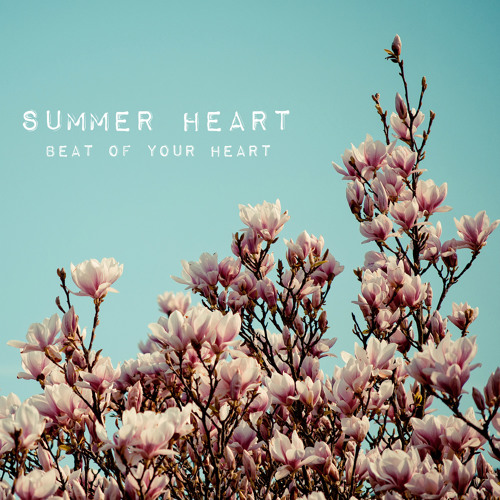 What are some of your biggest goals you hope to accomplish as an artist?
I don’t really have any goals like that. I am just trying to stay positive. Although it would be really cool to tour the world. Do shows for everyone, everywhere. That’s a big dream.
What can fans expect from you in the coming months?
They can expect my new single U Got All I’m Looking 4 to be released on the 27thof April. And also a release date for my upcoming album!
Success, what is the secret to it and what has been your biggest career highlight so far?
Oh. I have no idea. And don’t even know what success is really. If it is the get famous among ordinary people, I have no clue how to get there. But if it is to be able doing what you love to do. I believe a lot of passion and a big portion of hard work on that is the key to success.
Which stars of the music industry do you find inspiring?
The Raveonettes is one of my favourite bands. I love watching Youtube interviews with them. Their view on music seems to be a bit like mine I guess. Building great songs with few chords and pretty simple methods.

How would you best describe you and your music to your fans?
Very simple straightforward pop music with vocals, guitar, drum machines and some synths. And then a layer of dreaminess on top off that. That’s how it all sounds.
What can you tell us about your latest album?
My latest album is mainly built around simple guitar parts. The hardest part was to keeping it simple bit still interesting. I am very happy with how it turned out. That’s the best part with being a solo artist and releasing music on your own label. You can do whatever you want and release music whenever you want to.
Are there any new exciting projects in the works?
I am working on my next album that will be released later this year. It is a bit different from the last one, but you can still here who wrote the music. Other than that I have signed to great artists on my small record label. Keeping it all a bit secret so far though.
The music industry is huge, where do you see yourself a few years from now?
Oh. No idea actually. My dream is to be able to continue doing music for as long as I enjoy it. But you never know what will happen. I also run a small record label called Sommarhjärta to help releasing other really cool indie bands. Maybe that’s something for the future.

Name a few of your favourite Aussie artists.
Empire of the Sun is my favourite Aussie band. I kind of like Tame Impala as well. They’ve made some incredible tunes.
The shape of the music industry has changed significantly over the years, including the use of social media, how do you feel about the industry as a whole and what does it mean to you in getting your records out into the public eye?
Internet has democratized releasing music. Anyone can release music today, which I find amazing. On the other hand it is really hard to get noticed today. So many bands and musicians releasing amazing music all the time, but I think that is the way it should be.
Thank you for the interview! What can you leave fans of theaussieword.com with here today?
Thanks to you! Hopefully I can come to Australia and hang out one day. Maybe play a show or two. That would be pure awesomeness!
Website: www.summer-heart.com
Facebook: http://facebook.com/summerheartmusic
Twitter: @mysummerheart