Donna Summer is to be celebrated with the release of Donna, Vinyl and CD Box sets featuring seven albums with a host of compelling extras.
Released on Summer’s own Driven By The Music imprint through the Crimson record label on December 1, Donna features The Wanderer, Donna Summer, Cats Without Claws, All Systems Go, Another Place And Time, Mistaken Identity and I’m A Rainbow.

The release of the Donna box sets, will not only delight longtime Donna Summer fans, as well as the generation that’s grown up learning about her indelible mark on contemporary music, but will honor the career of the late and great Ms Summer, whose daring sense of musical adventure married the cool with the commercial to brilliant effect during 35 years of creativity.
The Vinyl Collection includes the original albums plus a free Download Card featuring all tracks plus mixes contained on the equivalent CD format, a 12 inch square Booklet with newly commissioned liner notes and a 12 inch square Poster of the LP Box Set image. The CD Collection is in a case bound format containing original album credits, lyrics and liner notes plus bonus tracks for all of the albums with the exception of I’m A Rainbow, and 6 postcards of the CD Box Set image. There will be additional extended versions available exclusively through D2C which will see the inclusion of an unreleased mix of a 2 track 12 inch single on both formats.
Donna Summer’s sad passing from lung cancer in 2012, at the age of only 63, robbed the music world of a genuine original in pop culture. For all of her extraordinary chart achievements -four No. 1 US singles in a year, three US No. 1 albums in a row, all double LPs, during her time on Casablanca Records – her legacy has been strangely underrated in recent times. This collection will help to restore Donna’s reputation as a true style maker, whose groundbreaking music and image paved the way for 21st century idols such as Beyonce and Rihanna.
The seven albums in the series represent the vast majority of Summer’s recorded work from the turn of the 1980s until the early 1990s. They include a host of gold-certified albums, major hit singles and collaborations with Quincy Jones, Richard Perry, Harold Faltermeyer and UK hit makers Stock-Aitken-Waterman, plus contributions from Michael Jackson, Stevie Wonder, Bruce Springsteen, and countless others.
The Donna collection vividly demonstrates how Summer expertly metamorphosed from the sex kitten of her Rock & Roll Hall of Fame debut smash Love To Love You Baby and the defining hymn of the disco era, I Feel Love, into a mature, confident and adventurous album artist, equally at home with state-of-the-art dance-tinged productions, gospel, blues and rock ‘n’ roll influences and out-and-out, irresistible pop singles.
LaDonna Gaines, the girl from Boston with big dreams, had been recording for seven years by the time she made her global breakthrough. With a resume that included work with a psychedelic rock band and a role in Hair, she worked for several years in Germany, releasing singles from as early as 1968. When she returned home, she was armed with years of experience as a performer and was ready to define her voice as a singer and songwriter. When she wrote Love To Love You Baby with her friends Giorgio Moroder and Pete Bellotte, Casablanca Records’ president Neil Bogart listened – and soon the world did, too.
What followed was five years of an incredible ride for Summer and Casablanca, further illuminated by landmarks like Bad Girls, Hot Stuff, On The Radio, her audacious remake of MacArthur Park and an equally expected, chart-topping duet with Barbra Streisand, No More Tears (Enough Is Enough), but by the turn of the 1980s, it was time for a new challenge in Donna’s career, and the new box sets depict that exciting new chapter, after she joined Geffen Records in 1980.
The albums included begin with that year’s The Wanderer, featuring the title track, a US top three pop hit. That swiftly led to the huge career resurgence of the Quincy Jones-produced Donna Summer album of 1982, featuring Jon Anderson’s State Of Independence, The Woman In Me and the Grammy-nominated Love Is In Control (Finger On The Trigger).
The sort of all-star studio event that only Summer and Jones (red-hot even before his work on Thriller with Michael Jackson) could have conjured between them, Donna Summer featured Jackson himself singing in an outrageously stellar chorus on the epic State Of Independence that almost previewed Jones’ We Are The World in scope. It also included Stevie Wonder, Dionne Warwick, Lionel Richie, Kenny Loggins, Michael McDonald, Brenda Russell, Christopher Cross, Quincy Jones himself and others. Q’s confidante, Brit Rod Temperton, was also on hand for some vocal and rhythm arrangements; Bruce Springsteen wrote and played guitar on Protection, a track specifically written for Donna.
The series moves on with 1984’s Cats Without Claws, which boasted the Grammy winner for Best Inspirational Performance, Forgive Me; 1987’s All Systems Go, including her UK top 15 version of Brenda Russell’s Dinner With Gershwin; the Stock-Aitken-Waterman-produced Another Place And Time (1989), another career reboot on the Atlantic label, sporting the top three UK hit This Time I Know It’s For Real, top ten I Don’t Wanna Get Hurt and top 20 Love’s About To Change My Heart; and finally 1991’s Keith Diamond production Mistaken Identity and ends with the I’m A Rainbow set from 1981 that was first released in its entirety in 1996.
These elegant collections gloriously transport Donna Summer’s legacy into the 21st century, and restate her proper place as a pioneering trendsetter of modern-day popular culture.
Track List:

ANOTHER PLACE AND TIME

I’M A RAINBOW
Disk 1
I Believe (In You) (duet with Joe ‘Bean’ Esposito)
True Love Survives
You To Me
Sweet Emotion
Leave Me Alone
Melanie
Back Where You Belong
People Talk
To Turn The Stone
Disc 2
Brooklyn
I’m A Rainbow
Walk On (Keep On Movin’)
Don’t Cry For Me Argentina
A Runner With The Pack
Highway Runner
Romeo
End Of The Week
I Need Time
noise11.com

Donna Summer has returned to the summit of the Dance Club chart with a remix of her 1978 hit MacArthur Park produced by Laidback Luke, Rosabel and Frank Lamboy.
The song first hit number 1 on both the Hot 100 and the Dance charts in 1978 at the peak of Summer’s disco career.  It had previously been a number 1 record for Richard Harris ten years earlier.
MacArthur Park 2013 is the new single from the Summer remix album Love to Love You Donna which was released on October 22.  Previously released were Chromeo and Oliver version of Love Is In Control (Finger on the Trigger) and the Giorgio Moroder take on Love to Love You Baby.  Moroder, of course, was instrumental in Summer’s early career, producing some of her best known records including Love to Love You Baby, I Feel Love (credited with being one of the first major electronic dance hits), Bad Girls and Hot Stuff.

For the late Summer, this is the seventeenth time one of her records has reached the top of one of the Disco/Dance charts.
VVN News

Fans of the Stock Aitken and Waterman era must check out this documentary. Kylie Minogue, Jason Donovan, Rick Astley, Sinitta, Sonia, Donna Summer, Steps… the list goes on. Over 100 top 40 hits… this is The Hit Factory – The Stock Aitken & Waterman Story! 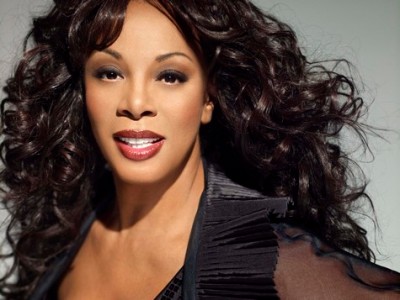 The music world is in mourning with news of two very sad passings, Donna Summer the Disco Queen from the 70’s passed away after a long battle with cancer, followed by the death of iconic Bee Gee Robin Gibb.

Between them both, they amassed millions of record sales and an amazing list of hits. Join with me as I visit some of the best tracks Donna Summer and Bee Gees Robin Gibb sang to the world… may they Rest In Peace. 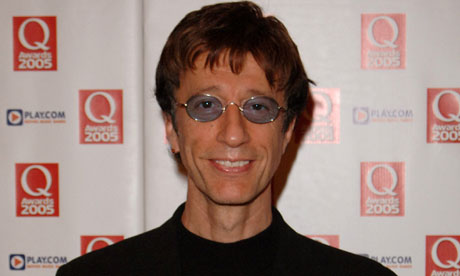