How and where did it all begin for you? What drew your interest to the music industry?

I grew up playing piano as a kid encouraged in part by my father who plays the flute (and whose flute playing probably saved his life in Vietnam War. The day before he was supposed to get sent to one of the bloodiest fronts, an officer overheard him playing flute and put him in the army band instead). Then years passed while I worked in public policy until I started playing in a country band in SF and then finally started writing my own music. I wouldn’t say I have the strongest draw to the industry side of music but I love the collaborations and writing process.

Music was such an important escape for me as a child and teen. Turns out making it feels like an important release. Influence-wise there are so many artists that have made their mark on me: The Beach Boys, Michael Hurley, Bjork, Depeche Mode, Animal Collective to name a few.

If Kim Gordon listens to one of my songs and thinks it’s cool, my soul can probably just contentedly leave my body right then and there.

I have a series of singles coming out, culminating in a 10-song record. I’ll also be releasing new music with my duo project Elio sometime next year. Yep, I’ll definitely tour in 2020.

Tell us a bit about your latest release and how would you best describe your music?

My latest release is “The March”. It’s a teenage summer love anthem inspired by bands like Girls and Wilco. It’s a cathartic song written at the moment when you can look back on a flame with a sense of joy.

Give us an insight into your creative process. What gets you writing songs?

Ohhh, mostly matters of the heart, sometimes a dream or a current event. I was thinking the other day about how I’ve had a tendency to express different topics in different mediums. A lot of my songs have been about heartbreak or some kind of emotional uncertainty. My poetry is a lot about my family. And when I’ve written for film/tv it’s been much more driven by my feelings on the broader state of the world. I’m really not sure why…

Processwise, I usually start with a chord progress, a sound, or a beat and then begin layering elements and singing over it. Sometime I already know what a song is about and sometimes that evolves as I develop melodies and lyrics.

Is there a hidden meaning in any of your music?

The meaning is usually not all that hidden. Maybe there are some references that other people wouldn’t catch because they’re so personal but in a song like ‘The March’ it’s pretty laid bare.

I do have a few songs that aren’t out yet from this record that are a bit more mysterious. One of them even is mysterious to me. It came fully formed lyrics and melody in a dream I was having and I woke up and did a voice recording before passing out again.

Someone please tell me! 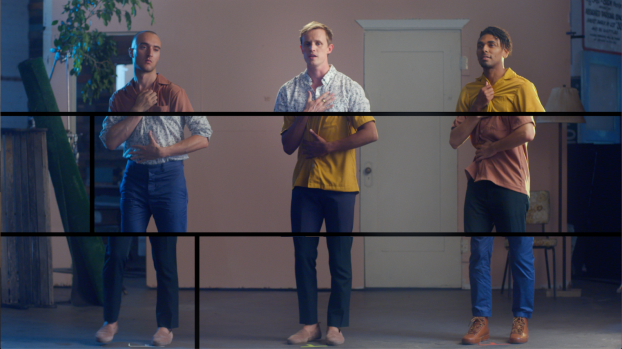 Sia added me to her playlist of fav songs which I think means she listened to it.

James Blake is cripplingly impressive. The extent to which he has insane technical chops without letting that level of training force him into a pre-existing style is amazing. And man can he sing. Whew!

Are there any new projects in the pipeline?

I have a bunch of one off songs that I wrote with a handful of other artists. Maybe I’ll turn them into a lost puppies compilation.

The music industry is huge, where do you see yourself a few years from now? What is your favourite and least favourite part about this line of work and why?

I could imagine doing more scoring for tv and film and more songwriting for other people. I love getting to write and perform my own music but I’m interested in exploring the more behind the scenes side of this world. I love the collaboration and the feeling when you’ve stumbled on something exciting. Admittedly, I don’t always love promoting my music. I’m super proud of this record but it’s tough sometimes feeling like it’s ok to constantly be shouting about it.

Name a few of your favourite Australian artists.

I’ve at times taken a step back from social media only to feel drawn back due to needing to promote my music. Since that’s what it takes, it becomes about interacting in a way that feel productive.

As far as the industry as a whole, there is a sense that the social media piece sometimes comes first which is a bit frustrating at times. I think everyone is a bit confused about how to make headway in a such a crowded field. For me I can get into a headspace where I blame everything frustrating on “the industry” and its gatekeepers, but I think it’s far more helpful to see it as a challenge that can be overcome with creative solutions.

How do you plan on cracking the international market?

I was super lucky to get to grow up and live abroad in Paris and then in Buenos Aires and Lima. One of these days I’d love to write in French and Spanish.

One of the positives of Spotify and other streaming services is the extent to which it crosses borders. When I look at the places people stream my music there’s a skew towards the US but not by that much. I think #2 is Brazil.

One thing that’s interesting to me is the extent to which the difference is seasons will affect how people in Australia receive The March. It’s a summer song but has a bit of a backwards looking/Autumnal perspective. Since it’s spring in Australia maybe people will listen to it as summer blooms and tops come down on cars. I would love that and wonder how it will change people’s perspectives on the song.

(PS can you make me big in Australia, pls?)

Do you collaborate with others? Who is on your wish-list?

Yes, it’s what keeps me going. Studio time writing a solo record gets pretty lonely. It’s saved me to have collaborations. On this record I worked with Brook D’Leau who’s a genius. Also Max Hershenow and Ceci Gomez on the first single Charming Nights (and a track still to come). That was a dream scenario getting to work with such talented friends.

What advice do you give for someone wanting to follow in your footsteps?

Write a little every day and don’t be too precious. You’ll keep getting better.

A message for your fans. How do you best interact and respond with your fans?

Hearing someone I don’t know had a positive experience with my music is truly the best. Message me @_onsen_

A lovely way to support is to follow me on Spotify or throw my music on a playlist. Also seriously give a holler if you want to chat. I’m good for relationship advice, music recs, best locations to come out to your parents, memes, and bathroom tile suggestions.