How and where did it all begin for you? What drew your interest to the music industry? I’d always been obsessed with music as a kid, my main memories of music in my childhood were driving in the car with my parents. There was always a bit of Van Morrison or T-Rex on the stereo. Music didn’t run in the family though, none of my family are musical, so it was just through interest at school that I picked up a guitar and started singing. I pretty much wrote songs from that day onwards.

What motivates or influences you in your quest to make great music? I like making music that makes you feel something and tugs on the heartstrings, so there is always alot of emotion in my music, whether that be the lyrics or the vocal melody, alot of thought goes into the feeling and the vibe of the song. Seeing people connect with those songs during the live show is the most amazing feeling. I often see people with their eyes closed or having a little cry during the set and it means the world that people connect with the songs so strongly.

What are your biggest goals you hope to accomplish as an artist? There are a few goals I want to tick off, like playing the Pyramid stage at Glastonbury and playing a show at Red Rocks in the US, but for now I’m very happy… I’m travelling the world playing songs that I’ve written and that’s as good as it gets in my eyes, so if I can continue to do that I will be a very happy man, and if the shows get bigger and bigger then that’s a bonus.

What can we expect from you in the coming months? Any plans to tour? I’ve got a month left on tour through Australia including shows at Festival Hall in Melbourne and the Roundhouse in Sydney, then I’ll head home to the UK for a few weeks, get some rest then head off around Europe for another tour until festival season kicks off back home… so alot of touring! We’ll have more new music coming out in March so stay tuned for that too.

Tell us a bit about your latest release and how would you best describe your music? The latest release was written off the back of a long summer of touring last year, and we set up a little studio in Max’s (our guitarist and producer) bedroom, and we moved more and more instruments in, until suddenly there wasn’t enough room for his bed, so he moved that into the garage. Winter hits pretty hard back home in the UK and he started getting ill from sleeping in there, so the studio dream was over, but we got Call it Love out of it so we were very happy! The overall sound is a kind of atmospheric indie folk I’d say… it’s a bit darker and more atmospheric than folk music.

Give us an insight into your creative process. What gets you writing songs? It’s a tough one really, it always gets me by surprise. If I ever have a day off, I’ll sit down in my writing room in the morning and spend hours and nothing will come, then I’ll go off for a walk around the neighbourhood, get some other things done to take the mind off it, then come back, sit down and often have a song in half an hour, so I can never force it, creativity often strikes at the strangest of moments. There are various voice notes on my phone after climbing out mid shower to record an idea.

What has been your biggest career highlight so far? There’s been a fair few pinch-yourself moments, one of them was certainly supporting Van Morrison at The Eden Project in Cornwall. He was my idol as a kid and I’d always dreamt of playing that venue, so to combine the two was a real honour. I think touring Australia has been a pretty huge highlight of the career so far too.

Which stars of the music industry do you find inspiring? I’m a big fan of the War on Drugs and I find their music and their journey hugely inspiring. It was their 4th studio album that kicked off for them and sent them into the stratosphere, but they truly believed in their music from the start, stuck to their guns and the fans began to flock. Their last 2 albums in my eyes are the most perfect albums ever created.

Are there any new projects in the pipeline? There are a few things bubbling away with some different genres of music and a few live ideas but we’ll keep those under wraps for the moment!

The music industry is huge, where do you see yourself a few years from now? It’s very tough to say really, I would hope that we’ll still be touring the world with a few albums under the belt, and if one or two of those albums happen to be huge hits then that would be very exciting and take us on a whole new journey. 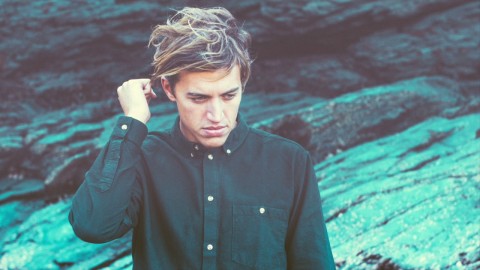 What is your favourite and least favourite part about this line of work and why? My favourite is definitely the touring, I love travelling and meeting new people, and seeing people connect to my songs all over the world is a feeling that I will never tire of. My least favourite part is the amount of waiting around. When you’re touring you’re in all these amazing places, but you have to soundcheck, then wait a few hours until you play, but you don’t have enough time to go explore so you just find yourself sitting in the back room for hours on end every night.

The shape of the music industry has changed significantly over the years, including
the use of social media, how do you feel about the industry as a whole and what
does it mean to you in getting your records out into the public eye? It’s changed hugely which is both exciting and petrifying. There are so many opportunities out there now and so much amazing content you can create without the need for huge budgets from record labels, however the petrifying thing is keeping up with it all, and just how easy it is to get your music out in the world, it means there’s huge competition to get your music heard. The world has changed from an album-led listener to quick fire singles, so there’s the pressure to write hit singles to get people’s attention, however I’m very much a fan of the album and album tracks, so we’ll certainly get our heads down and record one soon.

How do you plan on cracking the international market? Touring and more touring. There’s nothing better than getting in front of people to win them over as fans. If you put on a special live show, it allows people to recognise who you really are and what your music is about, rather than just listening in headphones. So I think we’ll be spending alot of time on the road.

What advice do you give for someone wanting to follow in your footsteps? Stick to your guns and believe in the music you’re creating. If you like the music you’re creating, then you’ll give it your all. Just truly believe in yourself and don’t surround yourself with negative people. There’ll be times you just want to throw in the towel, but just power on through those moments and the rewards will come.

A message for your fans. How do you best interact and respond with your fans? Either in person after the shows, I always come out after the gigs and speak to the fans to hear their stories and show my appreciation for them coming along. When we’re not touring hit me up on Instagram, I’m usually pretty good at responding on there.

Any last words? I found out the other day it’s illegal to only own one guinea pig in Switzerland, you have to have two otherwise they get lonely.