theaussieword.com goes one on one with local Melbourne singer/songwriter Daniel Shaw.

How and where did it all begin for you? What drew your interest to the music industry?

Music all started for me when I was 6 years old. My Dad started me and my sister off on the piano, and she eventually stopped playing but I continued. I then got classical lessons once my Dad could no longer help me. When I was 8 I started combining singing with piano, and this was really when I started looking up to Billy Joel and Elton John as musical idols. My Dad saw that I was passionate about becoming a global success like them, and he helped me start street performing in Melbourne every weekend. My interest in the music industry really developed after going to a Billy Joel concert in 2008. I remember dreaming about how one day I would also tour the world making music and performing globally.

Lots of things motivate me to create great music. One thing that motivates me is my Dad. He has sacrificed a lot and put so much effort into helping me with everything music-related. I don’t want to let him down and I want him to be proud of me – this pushes me. Also, the responses I get from fans when I create a great song is amazing. I enjoy the feeling that I made people’s day. Lastly, the dream that I had back when I was a little kid is still very much a part of me, and this is a huge influence in motivating me to continue to push forwards in every aspect of music.

My biggest goals are to not only be successful in Australia but to be globally renowned for my music and to tour the world doing what I love. I want to break records with regards to album streams, sales and charting. I want to sell out arena’s around the world and for my music to really bring something fresh and new to the industry.

I am currently involved in something big that I cannot talk about yet but it is very exciting. I am definitely planning to tour the UK this year, and this will be the first time I have toured since 2011. Also, I will release a new single in February which I am really excited about. Just fine tuning the details and planning the music video, photoshoots and much more!

Tell us a bit about your latest release and how would you best describe your music?

“Don’t Leave Me Now” is the biggest release I have had to date. I would describe this as a “Pop” song, starting very intimate and then building up to something passionate and heartfelt. I wrote this song faster than any of the other songs I have in the pipeline. It was written about a Danish girl I was seeing for around 6 months. From the beginning we both knew that she was going to leave Australia, which is why the lyrics start of as “I know that you’re leaving, just don’t leave me now”. She cut the relationship short and said she didn’t love me the way I did, saying I was more like a brother to her. I wrote all the lyrics that night and the next morning came up with the melody – really detailing how I couldn’t accept the fact that she had to go and that I didn’t believe she meant what she said. 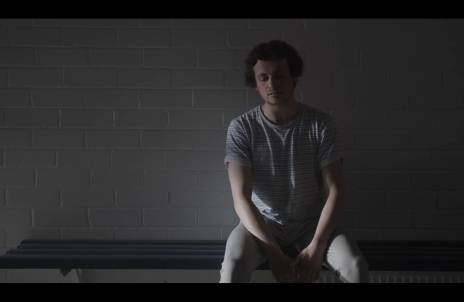 Give us an insight into your creative process. What gets you writing songs?

Generally, I have a bad habit of only writing songs when things go really badly. But I am currently fixing this issue and trying to build a habit of writing music even when I feel great. I think it really depends on the day for me. Sometimes I have to be alone and with a keyboard to write anything, and other days I do much better if other people are around and there is no intention to write anything.

Is there a hidden meaning in any of your music?

I think the “hidden” meaning in my music is that although on the surface my songs seem very negative and unresolved, they are written this way so as to meet the listener where they are at and eventually resolve the conflict within themselves. The hidden meaning is not necessarily found in the first couple of listens but maybe after a couple of days, weeks or months. It is important to feel what you are feeling initially and then to gather your thoughts and move forward, and I believe that is what is hidden in my songs.

Self belief. Believe that you are successful and success will find you. We recently had the Australian Open here in Melbourne and I remember the press conference of the Grand Slam Champion (Djokovic) where he said that self-belief is one of the secrets to his success. This is so true and is only obvious once you start practicing it.

Winning 5 silver medals at the World Championships of Performing Arts in LA for my song “Hey Little Brother” is the biggest highlight so far.

Currently, I find Ed Sheeran inspiring for his amazing songwriting and success.

Are there any new projects in the pipeline?

If everything continues to go as well as it has been, I see myself signed to a huge record label with multiple ARIA awards and charting. I see myself continually releasing new music and touring the world selling out arenas.

What is your favourite and least favourite part about this line of work and why?

My favourite part about this line of work is the satisfaction of having created good songs that people enjoy listening to and also LIVE performing. It is personally satisfying when fans enjoy my music and when I am able to make people’s day when I perform live. My least favourite part about having a musical career is the struggle of always having to be in a creative mindset to write the best songs on a continuous basis. This is difficult and can be overwhelming at times but with persistence everything turns out just fine.

Name a few of your favourite Australian artists.

I believe the industry is ever-growing and opportunities to really flourish are there for the taking for those that are willing to work hard enough. I think that releasing records consistently is a big area which helps people stand out in this industry, and this means that I am always creating new material and planning new releases and promotional campaigns. Also, social media is bigger than ever and is a vital part of promoting new music and shows. Utilising this effectively has such a huge effect on results and future success.

How do you plan on cracking the international market?

Do you collaborate with others? Who is on your wish-list?

I have done collaborations with others, including double-headline shows, songwriting & general performing. My wish-list would have to include: Billy Joel, James Bay, Ed Sheeran.

What advice do you give for someone wanting to follow in your footsteps?

Keep pushing, keep learning and adjusting. Plan your way to success and if it doesn’t work try another way. Make friends and connections in the industry and learn from them. Continually improve and be the best at what you do, ceasing every opportunity you get to showcase your talent.

A message for your fans. How do you best interact and respond with your fans?

Stay tuned! My single “Used To Be” is being released on all streaming platforms – Tuesday 19th of February at 7pm (19:00) EST. Also, I am opening up for Monique Angele at The Toff, Melbourne on March 24th – check socials for more info.