Phil Joel from Zealand caught up with theaussieword.com for a special online interview.

Tell us how it all started. What had you first interested in music?

PJ: As an adopted kid you grow up with your eyes open always looking for things that resonate with something deeper inside, and that happened for me when my uncle gave me a beat up old guitar. It was love at first strum. I fixed it up and painted it crazy colors, carried it everywhere and played all day. I drove everyone around me crazy. I guess some things never change? 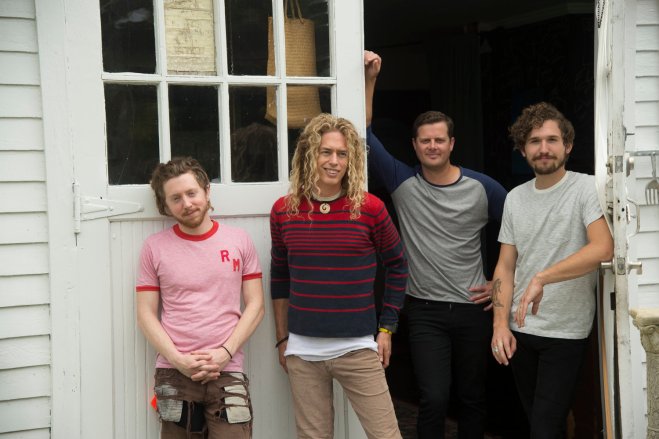 PJ: We can have our spirits lifted or our understanding shifted in the space of a few bars of the right song at the right time. I love that. That motivates me to keep scratching and clawing for the next line or melody that’ll communicate something true that’s worth hearing.

Well, sometimes I think about becoming an old guy and how I want to be able to look back over the body of work that I’ve created and I want to be able to say “Yes, It’s all been an honest expression of how I’ve understood life and truth and God and love etc…i didn’t try to gain the whole world and in the process lose my soul”

PJ: Success at the end of the day is coming home to a wife who still digs me and to kids that I know and who know me. Family before career is always gonna be the right road although it’s sometimes easier said than done.

PJ: Besides Grammy nominations and that kinda blah blah, I think getting invited by the King of Morocco to play a festival in Marrakesh was a major highlight. We played along side Moroccan bands to show that music can transcend religion and ethnicity. It was amazing and i’d love to involved in more things like that moving forward. 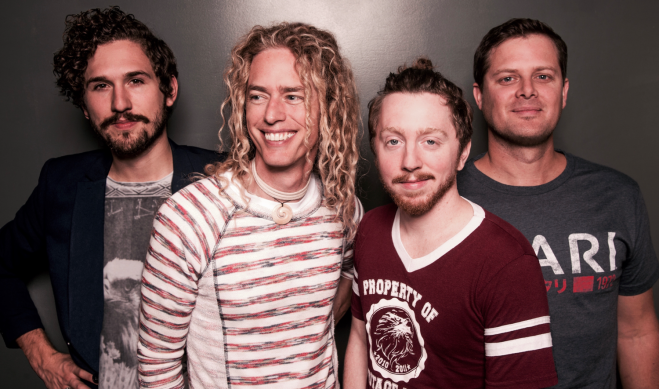 PJ: Two of the long standing song writer giants of down under, Neil Finn and Dave Dobbyn have always been inspiring to me. The well of melodies and turns of phrases never seems to run dry for either of them. They’re so freakishly good its kinda weird.

PJ: Here in the states you get pigeon holed pretty quickly into a genre and the place I’ve been assigned has been the Christian music world because I’m a practicing Christian. Makes sense because most of my song writing reflects some aspect of my faith. I’m proud of the work I’ve done and music I’ve made within the genre but I’m excited to know that the music’s beginning to be accepted outside those walls. It seems the world is becoming smaller and less genre loyal in a good sense and I see the music being a part of that broader listening world.

PJ: Honestly, I try not to pay too much attention to anything the industry is going through because It messes with my head and puts the squeeze on my song writing. I really love the fact that I grew up listening to the great Kiwi and Aussie bands and artists who made the music because they just wanted and not because it was a career choice.

Name a few of your favorite Aussie artists.

PJ: I gotta give shout out to some of the old school greats like Icehouse, Hunters & Collectors, Hoodoo Gurus, Paul Kelly, Jimmy Barnes to name a few.

PJ: We’re on a 112 US city tour right now that won’t get done until Christmas. It’s been amazing and the response to our new album has been really great.

Tell us a bit about your latest record, how would you best describe your music?

PJ: We named the band Zealand because we want to make music with Zeal and life in it, and I like that’s what we did with this new record. Some of it’s kinda anthemic and then other tunes are just expressions of life struggles followed by cries for help from God. It’s how we live and it’s how we write.

Do you have any new projects in the pipeline?

PJ: Out here on the road we have a lot of time to burn so I set up a basic recording studio setup everyday and try to write.Sometimes it’s just me and then other days it’s the whole band. We’re collecting song ideas and lyrical thoughts that’ll hopefully tear down a few walls and keep us honest as people and as a band.

PJ: Cheers fellas, keep up the good work of getting good honest down under artists out into the cosmos. You’re doing a great job..