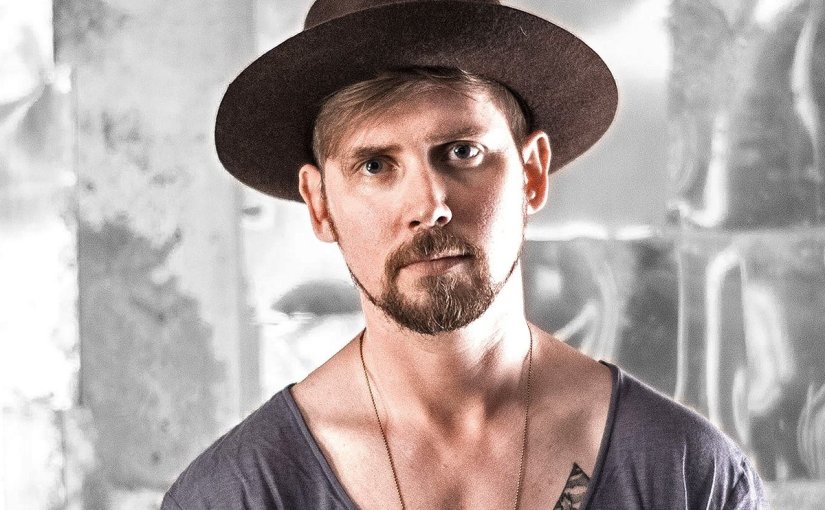 theaussieword.com goes one on one with Marshall from The Tin Man.

Tell us how it all started. What had you first interested in music?

Music has been in my life as long as I can remember. I grew up taking piano lessons, singing in church musicals, and listening to the Beach Boys on my parents’ record player. My mom would sing to me a lot growing up too, so there was always music in my life.

I’m influenced by all sorts of things in the realms of relationship and life experiences. But the motivation question is particularly interesting. As an only child I’ve always felt slightly out of place. Like I never quite fit in. But when I’m playing music I’ve written for an audience, there’s a deep connection that happens. One that makes me feel a part of something bigger. Sharing our hopes and struggles. That’s a big motivation for me to keep doing this.

I don’t have massively grandiose goals as an artist. Ideally I want to be able to tour the US selling out 500-600 capacity venues. I’d also love to have a song or two licensed in a movie since I’m a big movie buff. And while we’re at, opening up for someone at Red Rocks wouldn’t suck either.

Research + Strategy + Hard Work + Flexibility. I have a very specific strategy plan for my music career that came from a lot of research into how bands grow their following. It takes a lot of time and hard work, but you also have to be flexible and know when the plan needs to shift a little bit, you can’t be stubborn either.

There have been a few, but being featured by NoiseTrade which was a big deal to me. I love what they’re doing for new and existing artists, so to have been tapped by their A&R for a feature was a big honor to me.

A few years from now I’d love to be touring the country playing those 500 cap rooms, hitting the major festivals, and hopefully even making it over to Europe to play some songs. I love playing live and touring, so I hope to be doing much more of that in a few years.

The democratization of distribution has made it possible for anyone to get their music out there. There’s positive and negative things about that. I’m thankful that I’m pursuing music in a time where there is no barrier to entry with making my music available. And thanks to social media, I can even find and connect with the folks who will like my music the most. It takes a lot of time and thought, but the tools are there to build a loyal following without a label. Even though it can be daunting at times, I find it very exciting.

Two of my favorite Aussie artists are Keith Urban and the John Butler Trio. They’re amazing musicians, there’s something you unique of their styles of music. Keeps me coming back.

This fall I’d like to hit a couple cities. For example, I’ll be playing Rockwood Music Hall in New York, NY on November 2nd, which is one of my favorite rooms to play. I’m also planning to hit the studio with some dear friends of mine and record an acoustic version of my debut EP. I’m not ready to release the new songs I’ve

been working on, but I think acoustic versions of the songs on the EP will be really interesting. Each one will feature a different artist I’m friends with.

Tell us a bit about your latest record, how would you best describe your music?

My music is more of a melting pot for genres. You can hear country, blues, rock, funk, pop, folk… I call it Anthemic Americana because of its big, cinematic appeal.

Do you have any new projects in the pipeline?

Well, there’s the acoustic version of the EP. But I’ve also been working on a web series idea over the past year that I’m really excited about. We’re talking with distributors right now and will start shooting this winter. The whole thing is scripted, but it features three real life singer/songwriters, myself included. We’ve all had different struggles in pursuing our music, and it turns out those struggles make for great TV!

Well, as a former lawyer and tech entrepreneur, my final message would be this: if you have a dream… if you know what would make you happy to do every day, then figure out a way to do that. It’ll take time and effort, but there’s a way. I’m a big proponent of people pursing their true passions.