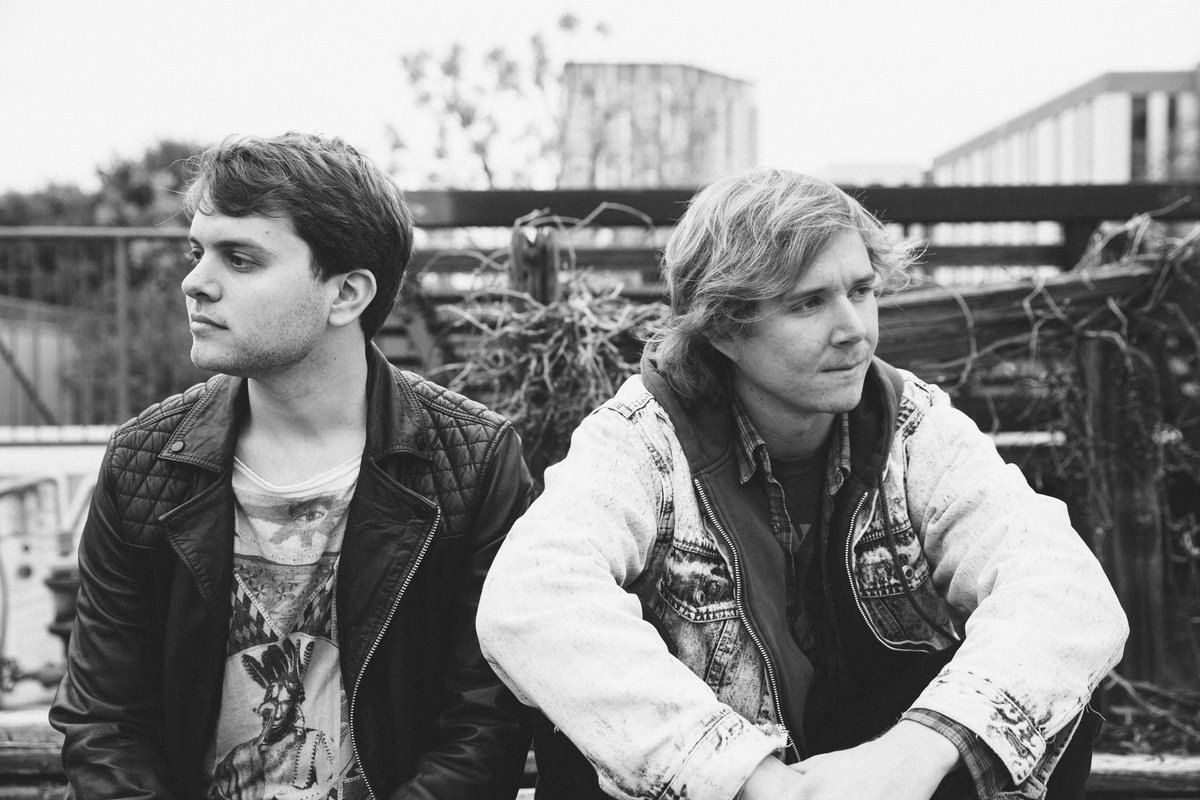 theaussieword.com’s special interview with modern pop group The Old Days.
Give us an introduction. How did it all begin? What had you first interested in music?
Marcus: Scott and I started playing music together in High School in a garage band called Mosbi. You know that classic story of restless kids finding meaning in the mundane. I was hooked on making music after playing with Mosbi. We worked together on that project for several years until Scott moved to Los Angeles. We remained friends through the years and would chat every now and again. At some point about two years ago, after Scott had just gotten off tour with The All-American Rejects, I sent him the tune “All My Life” and asked if he wanted to work on it with me. He sent me his thoughts and production demo and we started thinking that we had something to run with.
What motivates or influences you in your quest to make great music?
Marcus: We do it for the human connection. Music is healing and very powerful stuff. From my perspective, I believe making music positively affects the great human consciousness in its quest for redemption.
What are your biggest goals you hope to accomplish as an artist?
Scott: To reach as many ears as possible and to make a positive connection with the people those ears are attached to.
What can we expect from you in the coming months? Any plans to tour?
Marcus: We’re writing quite a bit. We’ve got a ton of demos we’re sorting through, adding to, and finishing up, so expect new music fairly soon. Tour is probably not too far off, most likely surrounding our next release.

Tell us a bit about your latest album and how would you best describe your music?
Scott: Our new self-titled EP was created by collaborating through emails and phone calls. One of us would have a basic idea for a song, maybe a verse or chorus, send it to the other and start a chain going back and forth building on that idea. Once we felt confident in the chords, melody, and basic lyric concepts we would have long phone conversations about what we wanted to say and really dig into the words. The EP is full of stories, some about relationships, some which go deeper into our outlook on life. Once we had the song written, I would then produce the track in my home studio. We both grew up on indie rock but also love pop and electronic music. The music is a mix of all three of those genres.
Success, what is the secret to it?
Scott: Eat 12 whole pineapples every morning. Eddie Vedder told me that, it has to be true.
Marcus: Also, lots of sex…
What has been your biggest career highlight?
Scott: This band is still a baby, fresh out of the womb. So far releasing our first EP and Video last month is definitely our biggest highlight.
Which stars of the music industry do you find inspiring?
Marcus: Ryan Adams, Mac Demarco, Vampire Weekend, Taylor Swift, Phoenix, Radiohead, Washed Out, The War On Drugs
Any new projects in the pipeline?
Marcus: I’ve been working on a comedy podcast on soundcloud called Make My Day. It’s being heralded as the “Sci-Fi Seinfeld of Podcasts.” It’s at soundcloud.com/marcusbrown
Scott: I’ve been listening to Marcus’ podcast, which I would classify more as the “Noir Norbit of Podcasts.” Oh and getting ready to tour Russia and China playing keyboards for Gerard Way. Also, about to release an acoustic record with my friend, Thomas Hien.
The music industry is huge, where do you see yourself a few years from now?
Marcus: We’re working on writing an advanced computer program that writes songs that sound like us so that we can retire and gain lots of weight.
Name a few of your favourite Aussie artists.
Scott: Tame Impala, been listening to the new record non-stop lately. The Church, Marcus actually turned me on to them in high school, been a fan ever since. Sia, her voice and songwriting is incredible.
The shape of the music industry has changed significantly over the years, including the use of social media, how do you feel about the industry as a whole and what does it mean to you in getting your records out into the public eye?
Scott: As a whole I feel very optimistic about the industry and all the new opportunities that have been created through technology. I stay clear of romanticising history and embrace our new future. We recorded this EP in our homes, shot most of our video on iPhones, promoted it on social media, and then released it all online. Years ago this would have cost a lot of money and require a massive team of people to accomplish. Today we can do it ourselves and choose how we do it; the artist has more power than ever.
Thanks for the interview! What final message do you have for us today?
Marcus: Be happy because being sad sucks and you’re not as fun when you’re sad.
Website: https://theolddaysmusic.bandcamp.com/
Facebook: facebook.com/theolddaysmusic
Twitter: twitter.com/theolddaysmusic
Instagram: instagram.com/theolddaysmusic
YouTube: https://www.youtube.com/user/theolddaysmusic/
Soundcloud: https://soundcloud.com/the-old-days-music