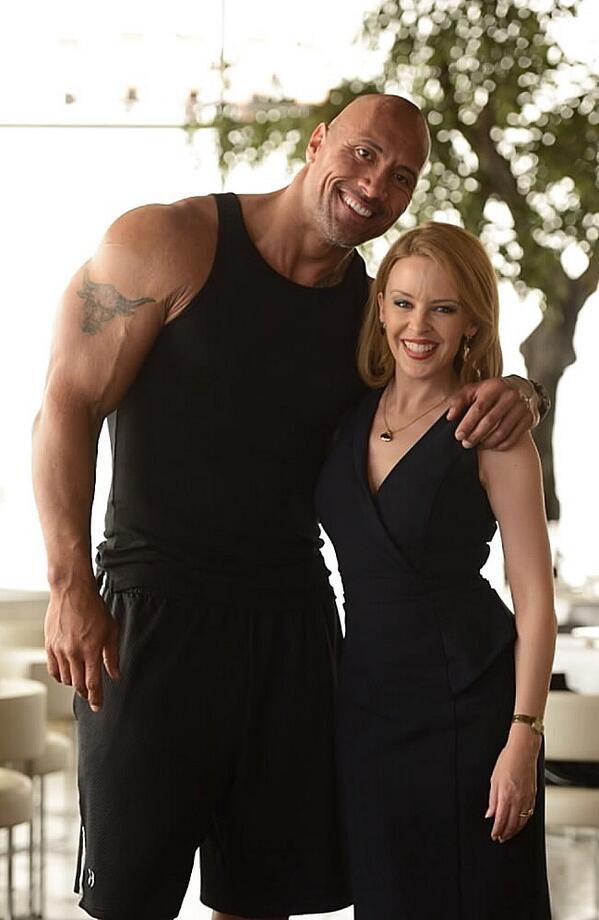 The ‘Can’t Get You Out of My Head’ hitmaker – who rose to fame as Charlene Robinson on Australian soap ‘Neighbours’ – is set to return to her acting roots in the new earthquake movie, according to The Hollywood Reporter.
The 46-year-old star has been cast alongside Dwayne ‘The Rock‘ Johnson in the disaster flick, although it’s so far unclear what role she will take on.
The film – about an earthquake known as the ‘Big One’ hitting California – will see Johnson playing a special-ops firefighter, who, along with his ex-wife (Carla Gugino), will make the treacherous journey from Los Angeles to San Francisco to rescue their daughter.
Filming for the project, which is being directed by Brad Peyton, is currently underway on the Gold Coast of Minogue’s native Australia with Village Roadshow’s Beau Flynn as producer.

The first draft of the screenplay for the movie – which will be Minogue’s first acting role since Baz Luhrman‘s ‘Moulin Rouge!’ in 2001 – was written by Andre Fabrizio and Jeremy Passmore, with Allan Loeb, Carlton Cuse and Chad and Carey Hayes working on more recent drafts.

‘San Andreas’ is scheduled for release on June 15, 2015.
contactmusic.com