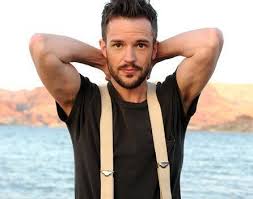 The Killers will release their 4th studio album, entitled Battle Born on September 14th, 2012!  Created over the last year and a half, Battle Born is the highly anticipated follow-up to 2008’s hit-spawning album Day & Age.  Epic first single “Runaways” premieres today and will be released to all digital service providers on July 17th.

Battle Born, named after the words emblazoned on the Nevada state flag, in addition to sharing its name with the band’s recording studio, is everything Killers fans have waited for since the band announced they would be taking a short hiatus at the start of 2010.  The Vegas-based 4-piece – Brandon Flowers (vocals/keyboards), Dave Keuning (guitars), Mark Stoermer (bass), and Ronnie Vannucci (drums) – had toured for eighteen months straight in support of Day & Age, from playing their own shows in some of the world’s most prestigious venues – Royal Albert Hall, Madison Square Garden – to headlining massive festivals in every corner of the globe.  By the time this run ended, the band had sold over 15 million copies worldwide of their previous albums, Hot Fuss, Sam’s Town, and Day & Age, and had become one of the world’s biggest rock ‘n’ roll bands in the process.  Yet, they found themselves at a crossroads:  nearly seven consecutive years of recording, releasing an album, and touring had left them ready to take time off.  In the ensuing hiatus, three of four Killers released solo albums to critical accolades, each showing their own musical roots through the directions their albums took.  Then, in 2011, the band made their first live appearance in over a year, headlining the inaugural Lollapalooza festival in Chile.  The magic was undeniable; what The Killers did best, they did best together.  Days later, they found themselves back in their studio – Battle Born – once more…. Runaways an absolute winner track!